A Labrador retriever can only live about ten or twelve years of age because the lifespan of Labrador is about only twelve years. Labs are considered to be seniors at seven or eight years by age. Just like us humans, old age varies from person to person; the age at which a dog becomes a senior actually varies widely. Some Labradors show all the characteristics of a senior at age seven.

When Labrador retriever becomes older, they behave like sedate or puppy-like behavior. They may become grumpy, forgetfulness, lapses in attention, less energetic, easily fatigued, confusion, abnormal interaction, and their sleep cycle may change.

In this blog, you will get to know the different behavior of older labs. The ten behavior list can help you determine your aging Labrador retriever and help you understand your older lab.

1. Variations on dependence or independence:

Suggestion for you: How to exercise a Labrador retriever.

Senior Labrador becomes grumpy with advancing age. This is not their fault. The more labs become older, their brain function changes. This may be due to changes in brain function or a response to painful health conditions. This is natural; if you are not ok at the body level, you will become more frustrated and angry. Becoming grumpy is one of the significant personality changes as they become older.

3. Forgetfulness and lapses in attention:

Your Labs maybe sometimes forgetful. They forget what they command. They sometimes forget to follow your instruction. This is happening because their attention span becomes significantly less. Aging labs can show worrisome behavior changes; the changes may be confusion, irritability, and disorientation. As you know, our pet is somehow similar to us, just like humans, they can experience changes in the brain that affect memory, comprehension.

Suggestion for you: How many words can a dog learn?

As you know, the Labrador retriever is one of the most active dog breeds. They also need exercise in their old age. Most labs spend less time exercising, but this is valid for not every senior dog. Some of them also love exercise or physical activity in their old age. Most senior labs are easily fatigued and are likely to spend more time napping than they did what they were younger. This may be because as they become older, their energy goes down, and they feel tired. That’s maybe the reason, they are not interested in exercising and any physical activity and only love to spend time relaxing.

Suggestion for you: How to tell the age of a Labrador retriever dog?

Suggestion for you: How can I tell if an adult Lab is healthy?

The chances of getting more accident in housetraining when they become old. This is because your lab becomes forgetful or face health problem. They need your special attention as they become older. Your old lab may suddenly urinating or defecating in the house and can’t remember how to ask to go out. It would help if you visited to vet. The two most essential phases where your lab needs you when they are puppy and older.

They are likely to confuse more during their older age. Your Labrador can’t find the door to go out. They may not be able to find when called, pacing, and wandering in the home.

Your senior lab is likely to show abnormal interaction with familiar people or other pets. The below interaction may happen when your lab become old:

Aditya Kashyap Mishra, blogger, and co-founder of dogstree.com. I love to research and write different things. I don't know much about dogs but always curious to know about them. At last, I love singing the most.

Is tug of war good for Labrador Dog?

Is adopting an adult Labrador Retriever a good idea?

Why does my dog smell so bad in the summer? 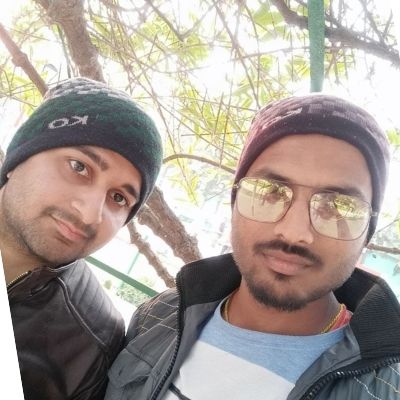 Hi guys, we are Aditya and Suman. We are dog enthusiasts. I mean they are so lovely that who cannot like them. We got pretty good experience with them so, thought to share our experience and love here. If we could help just some person with our blog then this will get successful. So, keep reading and we hope that we will definitely help you. Keep loving dogs. :)

This site is owned and operated by Dogstree. Dogstree is a participant in the Amazon affiliate Program, an affiliate advertising program designed to provide a means for sites to earn advertising fees by advertising and linking. Dogstree also participates in affiliate programs with cj, Clickbank, and other sites. Dogstree is compensated for referring traffic and business to these companies.